Gneiss Energy’s Managing Director Jon Fitzpatrick featured in Mergermarket this week, sharing his considerations on the exit options available to European supermajors who are looking to divest their most carbon-intensive asset portfolios.

Read the full article below.

European energy majors are considering carving out portfolios of their most carbon-intensive assets as opposed to traditional multi-jurisdictional divestments, several sector advisers said.

These companies – the likes of BP, Shell, Total and Eni – are actively discussing transformative carve-outs of oil assets so that one large transaction demonstrates progress towards net zero goals, resulting in better value appreciation in the market, the advisers said.

Oil majors are unsure of the appetite for and value derived from lots of little and slow divestments, one adviser said, especially given the complications around decommissioning, and potential environmental, liabilities.

The conventional method of portfolio management may not provide the standout event needed to convince the market. However, the perimeter and disposal route of any such big bang divestment will be carefully weighed against the value created by piecemeal sales over time, the advisers cautioned.

The makeup of a new entity would not contain all the upstream hydrocarbon assets of the vendor, they would likely retain gas assets and even some of the most attractive and lowest carbon intensity oil assets, several of the advisers said. A complete disposal of upstream operations is unlikely, given the cash flows needed to enact the transition and the position of gas as a bridging fuel, they added.

“We’re not in favour of a big bang disposal because the majors need their cash cow to invest profits into new business models,” Mark van Baal, founder of environmental shareholder group Follow This, told this news service.

“We don’t want to micromanage and tell them which carve-out or IPO scenario is better – that’s their job to figure out,” he said.  Follow This wants the profits of oil and gas assets to fund sustainable energy and over time fade these out and increase green energy production. van Baal added there is a serious risk of short-term activist investors targeting majors who don’t. A rushed sale of dirty assets instigated by activists arguing the transition is not going fast enough would mean “majors will need us long-term environmental investors more than ever,” he said.

“These companies need their oil and gas assets very much to push forward the transition and will have to rely on their dirty assets for the next decades to achieve their climate ambitions,” he added. As an investor, Follow This has tried to stimulate this transition because the majors would not do it themselves without shareholder pressure and resolutions.

An oil business IPO would be difficult, given that the shareholder antipathy that majors are facing today would weigh on the new entity, one of the advisers said. Also, as vendors they would still retain a large interest and would be unable to claim that revenues do not derive from carbon-heavy assets, two advisers said.

Instead, the precedents of BHP’s [LON:BHP; ASX:BHP; NYSE:BHP] South32 [ASX:S32] spin-off, and of E.ON’s [ETR:EOAN] Uniper spin, show how a less clean demerger can create value, the advisers noted.

Such a deal would be “more similar to South32 than the more recent renewables spin-offs in Europe,” Jon Fitzpatrick, managing director of Gneiss Energy said, pointing to Repsol [BOM:REP] and Eni’s plans to list their renewables businesses.

Spinning off a highly yielding, high carbon business into a separate company with good management drawn from the major or elsewhere would be almost like the reverse of a renewables’ IPO, one of the advisers said.

“It’s probably the quickest way to get the cost of capital ‘reset’ that transitioning European majors covet and need to compete for renewable assets,” senior sector adviser Martin Copeland, who will be joining Kirk Lovegrove & Company later this month, said.

The company being separated off would be priced to attract pure yield investors, not unlike what many majors have already done by hiving their US midstream assets into a tax-efficient MLP construct, one of the adviser said.

The carved out company, although unambiguously a hydrocarbon business, would still need to demonstrate it was maintaining the operating standards equivalent to a major and hence that it would remain a responsible steward of the assets with which it is seeded, this adviser said.

Ultimately this is similar to the argument the likes of Harbour Energy, which is taking over Premier Oil [LON:PMO], AkerBP [OSL:AKERBP] and Lundin Energy [STO:LUNE] make to their investors today, this adviser said.

It may be hard to disaggregate some of the assets that would be included, one adviser said. Heavy tax bills and investor flowback post spin-off would also make it a complex transaction, the adviser added. Yield would be key to retain investors and reduce flowback, advisers concurred.

“Oil and gas has been the cornerstone for a long time because of the dividend yields over the years to our financial systems, pension funds – many funds are well invested and will remain invested,” PwC’s leader of energy, utilities and resources Drew Stevenson, said.

An analogue is the tobacco industry, which the market values on a 9%-10% dividend yield –  high enough to appeal to certain investors despite many fund mandates being prohibited from holding their paper on ethical grounds, one adviser said.

Doing a scale spin-off could be “seen as cutting out the middle-man, if the alternative is to sell to (largely) PE-backed independents, as they will ultimately need to tap the same yield hungry investors if they are to achieve public market exits,” Copeland said.

There is an argument that a ‘big bang’ transaction such as this is needed for the old and new companies to rerate. “Having confidence that the remaining major will re-rate to reflect its less carbon intensive profile would be key, but difficult to prove empirically – I suspect there may be a rush to be a fast follower rather than a pioneer for this kind of transaction,” Copeland said.

“A lot of these oil and gas companies are not awarded premiums for their low-carbon strategies; the market has yet to recognise that shift,” PwC’s director of thought leadership Adrian del Maestro said.

Once separated, the two business could also be capitalised differently to reflect their different risk profiles, two of the advisers said. An increasingly renewables-focused business could appropriately take on more debt, because it would have a stable annuity type cashflow profile and be less capital intensive, one added.

A one-portfolio public market carveout would make sense if the best value it could fetch was in the public equity markets, Fitzpatrick said. However, “that probably isn’t the case at the moment. For private money, whether traders, petchem or financial investors, better value would probably be obtained through a series of transactions rather than one,” he added.

“Majors would be reluctant to have a sudden loss in cash flow by selling a large a group of assets at once so the valuation uplift would have to be quite compelling,” Fitzpatrick added. Around 95% of the typical major’s cash flows are derived from hydrocarbon, with this dropping over time but not quickly, one of the advisers said.

There is also the related issue of the downstream and refining arms of these businesses. These divisions arguably have the most carbon-heavy footprint and could themselves be divested, as BP has tentatively begun to do, one adviser said. The integrated nature of an oil major may mean that any big bang upstream oil divestment would need an equally transformative downstream solution, this adviser said.

While theoretically logical, on nearly every metric – revenue, cash flow, profit, headcount – the carbon intensive spin-offs would be far bigger entities than the renewable businesses left behind, Fitzpatrick said.

This will take time to change – BP has one of the most ambitious targets, aiming to spend a third of its budget on green investment by 2030 – but becoming a majority renewable company will take much longer, he said.

Separating them out would “expose” the true limited extent of their renewables units, unravelling a sort of conglomerate premium whereby the traditional businesses remain investable because of existing renewable businesses and ambitions for transition over time, Fitzpatrick added.

It would also be challenging to find demand to support the secondary market for the newly created ESG-unfriendly oil major, let alone arrange for meaningful new capital to follow, he said.

“The ‘good/bad bank’ approach works to stop an entire business being tainted by negative connotations or risk associated with a small element. This wouldn’t work for the entire traditional business of a major but could work for particularly high carbon-intensive operations (such as oil sands). This is already happening through ordinary portfolio management,” he added.

However, a capital markets solution is structured it will be difficult to execute compared to a private sale, two advisers agreed. Inviting an investor, such as a commodity trader or private equity house, into a new private, demerged entity may offer better value, these advisers said.

Large funds have shown appetite to invest in midstream carve-outs, and there remains appetite from some quarter for upstream oil too, one of these advisers said.

Ultimately, the solution could be a mix of the two, with a demerged entity becoming the subject of a reverse-takeover involving one of the sponsor-backed exploration and production players, this adviser said.

“This topic is not a distraction from oil and gas companies meeting their net zero carbon goals – it goes to the heart of access to financing and helping these companies make the transition,” Stevenson said.

The technology behind renewables is not an issue – the science is way ahead, but how to make money out of it is an open question that needs the exploration of business models, rather than the exploration of oil and gas fields, Follow This’ van Baal added. 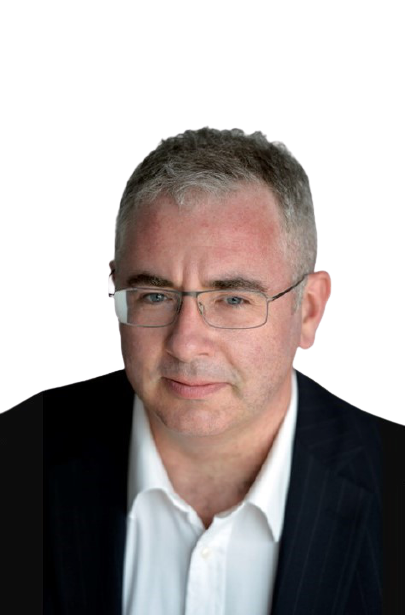