We’re facing extremely testing times but there’s a way for our industry to come through it stronger.

The world is slowing down … temporarily.

We are living in exceptional times. People are staying at home, industry is slowing down.

It’s equated to an unprecedented drop in oil demand – experts estimate a range of between 10 and 20 million barrels/day down from last year’s consumption average of 100 million/day, and as we can see from the market’s reaction to today’s OPEC/Russia announcement of a 10 million barrels/day cut it looks like the drop is towards the higher end of the estimates meaning 10 million may not be enough.

Production has so far been less affected (it’s still only a few weeks since we first encountered COVID-19). All the surplus production is going into storage, but storage facilities are limited and eventually, with nowhere left to put the oil, fields could have to shut. We’re still a couple of months away from this, but operators and national oil companies must be planning for it. How deep the cuts go depends on how Coronavirus and the measures taken against it develop from here.

Putting the focus on costs

Unless this crisis resolves very quickly, or OPEC plus Russia plus others agree larger production curtailments it will bring costs into sharp focus in the very near term and those that can’t get their prices down to competitive levels could struggle to stay in business.

There are some oil basins which have huge natural cost advantages and can produce for under $10/barrel (a few, such as Saudi Arabia considerably lower). Others produce at well above this level; shale oil in the US, has a range of something like $30 to $90/barrel and, even then, only a few companies operate below the $40/barrel. We’d already seen production shut-ins there and this will be accelerated by the recent price drop. Shale wells decline quickly, and constant drilling of new wells is needed to keep production up. Stopping investment in new wells, as seems likely, will quickly result in production decline (all this supposes that the US government does not step in with a fiscal package to secure indigenous supply).

Keeping the industry going on the UKCS

So, what does this mean for the UK Continental Shelf? There are a few fields producing at low operating costs that can survive in a sustained low-price scenario. These are the bigger newer fields, it’s all about cost per barrel and if you have a lot of barrels the number is going to be lower.

For most fields though, it will be all about cutting costs to ensure companies can stay in business and aim to benefit when prices rise. There are very few operators, if any, that would be able to shut-in production waiting for a price recovery as they would have to continue spending a considerable part of their normal operating costs to keep their facilities viable. At the moment, some will be looking for ways to keep their heads above water as they wait for an oil price rise, such as new financing packages or selling non-core assets.

Operators will look to cancel non-essential capex (including wells and facility upgrades) and do only what is required to maintain a safe and cost-effective operation or what will result in near term production gains. This will unfortunately result in job losses for both the operators and the service companies as projects are cancel or delayed.

Some large companies have announced job cuts already and there are likely to be more. I’m hopeful we will be back in calmer waters no later than the end of this year and that things will recover quickly enough that the damage will only be terminal for a limited number of fields and companies whose finances were not solid going into this. Unfortunately, a lot of the smaller companies and start-ups will suffer disproportionately and if Government support is not forthcoming, we could see a lot of them go to the wall to the detriment of Aberdeen’s ambition to be an oil service capital. The extent of the damage will depend on further agreements on production cuts between the Saudis, Russians and others which appears unlikely currently demonstrated by Mexico’s abstinence, and how long demand stays low and therefore how big the storage lake becomes.

If this all seems bleak it doesn’t have to be. The oil industry has gone through difficult times before and has pulled through it more than once.

What will stand us in better stead compared to the last downturn in 2015/16 is that there has been a focus on cost reduction in the North Sea. Technology has often been the driver of this as companies are finding ways to become leaner.

What we need to do now is increase our focus on this and look for smarter ways to keep our costs internationally competitive. This has been at the top of the agenda the Oil and Gas Technology Centre in Aberdeen has been leading since its inception, striving to transform the industry and reimagine the North Sea.

As many of us now find ourselves working from home we need to learn from this time and develop ways of working that enable us to remain competitive for as long as North Sea reserves allow.

Sadly, there is no escaping that this is going to be painful for many, but with focus and effort we can come out the other side as a still viable oil producing country. 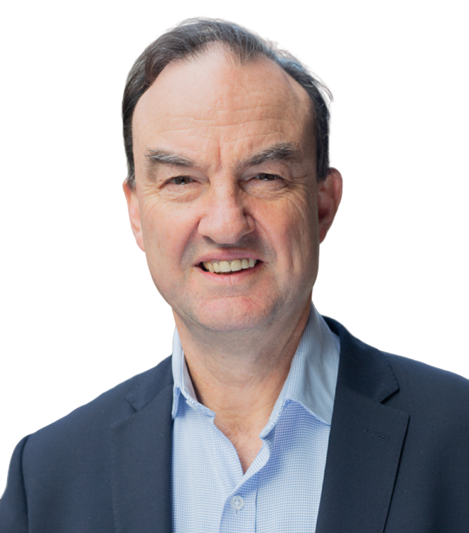