The first half of 2020 has been a rollercoaster focused on downward spirals, trepidation, and angst with few of those euphoric moments we might have wanted to capture. As we leave behind a first half that will long live in the memory, we have reviewed the key market events and trends to ask ourselves the question: what next for investing in African oil & gas?

So what does this mean for investors…

Firstly, competition for capital is sky-high. This will have a major impact across the entire value chain and will further reinforce the dynamics of an already buyer friendly market. As Majors begin re-focusing their expenditure onto critical existing projects, they are less likely to seek new opportunities for deploying new capital. I find it easiest to understand by using the, slightly imperfect, housing-market analogy: buy, add value, then sell and climb the ladder by recycling cash and profits. If any part of the chain is not functioning, then the market collapses. COVID-19 has been particularly challenging for our sector and every part of the oil and gas chain is dysfunctional. We believe it is likely that Africa will be disproportionately affected by cuts in capital programmes – with evidence already showing that the Majors and large independents have contracted spending on the continent. Capital retrenchment will have a negative impact on project sanctions and freely available cash for new projects and business development initiatives.

Secondly, companies must focus their limited resources on those projects that are economically robust at lower price forecasts. The sector has struggled to make money over the last decade and, at less than $50/bbl, it offers little prospect of doing so. I am predicting this will drive a radical re-basing and cost optimization as companies adapt to fight for survival.

It is no industry secret that the likely effect will be a wave of asset disposals within portfolios of all sizes to free up capital to meet short-term obligations and remove sub-scale / non-core assets from portfolios. I see this a major opportunity for smaller and mid-cap companies to build out and re-shape their own portfolio by securing producing assets with development upside that fails to shift the needle in larger companies, but could offer very attractive returns for smaller companies and their shareholders. Whilst we are predicting a turbulent time for exploration led plays, we see a vibrant market in producing assets across the continent hotting up further as the pricing expectations of buyers and sellers narrows in a more stable commodity price environment.

We also expect a number of mergers among “equals” to occur especially where a company’s share price has outperformed relative to its peer group. During the previous price downturn there was a lot of talk of this occurring, but it was in reality a quieter period of M&A activity than many predicted. Consolidation, often a “buzz word” for the sector now appears to be a commercial reality for many companies whose options to access traditional forms of capital have dried up.

We expect M&A activity in Africa to be high across the small and mid-cap space over the next 18-months, as a number of long-touted mergers finally have economic reality thrust upon boards and management teams by the macroeconomics.

Additionally, we see huge opportunities for traditional oil and gas companies to broaden their strategy and look at power plays in renewable and cleantech investments in Africa. Whilst management teams may require strengthening to deliver these pivots, the companies themselves are set up and connected to operate in these emerging markets for these styles of investments. I do not believe it will be a big jump for some companies to deliver these projects and in doing so offer their shareholders a more blended return on capital and hopefully encourage new sources of capital into the sector.

In summary, as we head into the Autumn, we remain buoyant that activity levels of asset acquisitions and corporate M&A are set to grow over the next 12 months. In the conversations we are having with our clients and more broadly across the industry, I am speaking with boards and management teams grounded in the “new reality”, focused on value accretive deals and open to new and initiative-funding solutions. I believe Africa will be at the forefront of asset and corporate reshuffles as good assets are secured by those companies in the sector with stronger balance sheets and active appetites to grow.

Doug is an expert in commercial negotiations and operations having held asset management and commercial roles across the upstream oil and gas industry. He has experience in both private and public companies across North America, Africa and South-East Asia. Doug most recently led the post-completion commercial integration of Salamander Energy into Ophir Energy and also managed their Myanmar, Malaysia and Thailand exploration portfolio. Furthermore, he ran the South-East Asian New Ventures team, which focused on expanding Ophir’s footprint both in the region and in their existing countries of operations. In 2012, Doug joined Ophir Energy, where he managed their flagship asset in Tanzania, at a time when the company drilled up the major resource base to support the onshore terrestrial LNG development. The culmination of his commercial efforts in Tanzania was the divestment of 50% of the remaining stake in the project for 1.3 billion USD to Pavilion Energy. Doug holds a Masters in Terrorism and International Relations from Aberystwyth University and an MA (Hons) in History and Politics from the University of Edinburgh. 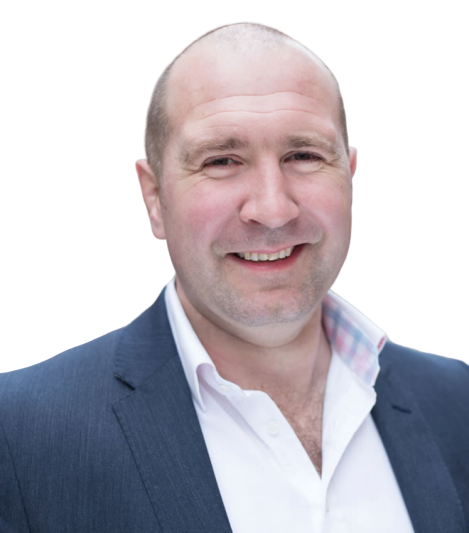