Many geoscientists, like others employed in the oil and gas sector, are viewing the current situation and the future with some uncertainty. Whilst there has already been significant job losses throughout the sector, surveys are suggesting that many geoscientists are willing to transition careers, and I believe the energy transition will bring a developing range of career opportunities for geoscientists in the future.

If you are an enthusiastic geoscientist – whether geologist, geophysicist, geoengineer or other specialist – then over the last 50 years you would have been most likely to consider the petroleum industry for gainful employment. However, there are now three factors giving some employed in hydrocarbons cause for concern. Firstly, the significant drop in the price of Brent from Q1 to Q2 2020. Secondly, the general drop in consumer demand associated with COVID-19 and lockdown measures. Thirdly, the rising tide of the energy transition driven by government, consumer and investor sentiment which is likely to continue.

To counter this decline we have started to see the creation of new employment opportunities within geoscience but outside the oil and gas sphere. This has been discussed for example with the traditionally named Petroleum Exploration Society of Great Britain running an Energy Transition virtual lecture programme looking at such topics as low carbon initiatives for oil companies and carbon capture schemes to inform their geoscientist members.

New companies in this space, such as Storegga Geotechnologies which launched in July and joined the Pale Blue Dot team, are an example of the drive to use geoscience to aid, champion and deliver carbon capture and storage and other subsurface renewable projects. Traditional hydrocarbon players, particularly the European majors like BP, Equinor, Total and Shell, all have well publicised renewable or cleantech initiatives with some opportunities for employee transition within the company. Now small and mid- cap independent companies are also adding cleantech capabilities to their employee skillsets in a bid to remain resilient and adaptable.

On a more radical level (relevant to those who wish to remain working as exploration geologists), Paul Lusty, Head of the Ore Deposits and Commodities research area at the British Geological Survey (BGS), recently published key material on ‘Critical Raw Materials for Decarbonisation, the Geological Potential of the UK’. The BGS argues that British manufacturing is currently mainly dependent on the global mining industry and supply chain, leaving the UK vulnerable to supply disruption or quotas. Consequently, alongside recovery and recycling, improvement in supply security via domestic mining of metals and minerals should now be a priority area for exploration and research.

Despite the current activity in the UK mining and quarrying industry, specifically for aggregates, building stone, clays, sand, salt and carbonates, the BGS now runs profiles on new key raw materials including cobalt, graphite, lithium, platinum, nickel and rare earth metals. These BGS guides cover the current worldwide dominant countries by production, such as Democratic Republic of the Congo (for cobalt) or Australia (for lithium). Then they move onto historic commercial exploitation in the UK, for example cobalt production in 18th and 19th century Cornwall; they map known occurrences, and end with an argument for more modern and systematic exploration in geologically-likely settings across the UK. The BGS itself has carried out research such as test drilling, and companies such as Li4UK began undertaking systematic lithogeochemical sampling in 2019. Despite this, there is still scope for much more exploration work which must be seen as an exciting new possibility for geoscientists.

The European Association of Geoscientists and Engineers has long offered training and development to a ‘broad church’ with an active near surface geoscience division and conference. This caters for engineering geophysics, shallow marine geophysics and geophysics for minerals and mining, whilst looking at geohazards, groundwater, engineering, geothermal projects, carbon storage and archaeological geophysics. This points to many other possible growth employment opportunities in the wider geosciences.

In conclusion, whether working as a geoscientist within an historic oil major or independent hydrocarbon exploration company with an active policy towards net zero, or looking for a new area for commercial exploration activity, geoscience skills will be in demand and training and development is on offer.

Rosemary is an OBE accredited geologist and international oil and gas upstream expert with over 25 years of international leadership experience at major, mid-size and smaller independent oil and gas companies. She was awarded an OBE for services to the UK energy industry. Rosemary was most recently Vice President of Exploration at Tethys Petroleum, where she worked for almost a decade. She managed the technical team for exploration, development and production of oil and gas in the Middle East and across Central Asia. Previously, Rosemary worked with Chevron, Maersk, Hess and Monument Oil & Gas, where she was the winner of the Wood Mackenzie Explorer of the year award. She has worked worldwide, but especially across the UK, Central Asia, Europe and Africa. She is a member and ex-President of industry associations PESGB and EAGE and also a member of SEG. Rosemary holds a Bachelor of Science in Geology and Geophysics from the University of London and began her career processing seismic data and trialing a range of new geophysical techniques. 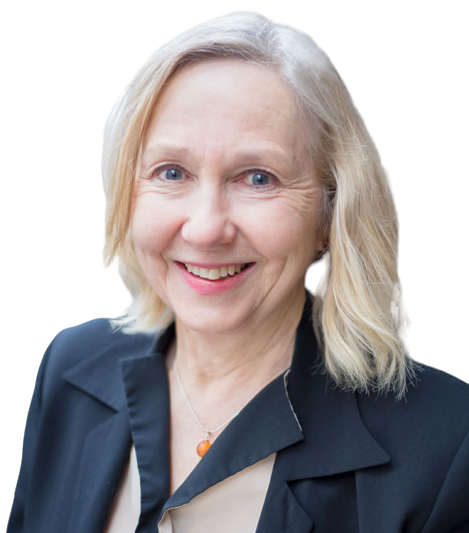