In a recent article I described the mechanisms which drive the market structures of backwardation and contango, which explained how and why the market got into negative territory, with a steep contango forward curve.  But having got there, how does that same understanding of market behaviour help us form a view of where we go from here?

When we start putting some numbers on what has happened, we start to get an appreciation of the seriousness of the current situation. The events in March of the combination of COVID-19 and the Saudi-Russia squabble over oil production have put the world in a place it’s never been before. Never has the world energy balance been so dramatically distorted.  A supply excess of up to 15 million barrels a day is eye-watering and would normally be considered impossible.

In normal circumstances, it is pretty much taken for granted that stock or storage in the oil market is freely available whenever you want it. Whether you look at the weekly US stock data, or European or Asian data, stock levels operate between something like 25 and 35 days’ of stock cover, where 25 days represents an operating minimum of tank bottoms and pipeline fill plus the stock hold to keep things ticking over and the carry from supply to delivery, and 35 days is everything full. Generally (i.e. in “normal circumstances”) the imbalance between supply and demand is small – typically within a percent or so on any sustainable basis. That translates into being able to build, or deplete, a stock days’ worth in about three months.  We will come back to that figure.

In COVID-19 times, we are suddenly being expected to accommodate an excess of oil coming at us at 10-15 times this rate, building a stock day every week to 10 days. To deal with this flood, we’ve had to turn to a floating fleet of supertankers. With a world fleet of 700 plus, that gives us around a billion barrels of potential storage, or an extra 10 days’ stock cover.  But at the current rate, that’s only three or four months’ room. We are, of course, seeing the supply gap narrowing, and we may balance things before we fill them all, but the direction of travel is unambiguous.

The problem is that when we return to something approaching normality, we cannot realistically expect to sustain a supply deficit of more than around a million barrels a day – let alone multi-million barrels a day.  Even if we can maintain an on-going 1Mbd deficit, it’ll still take around two-and-a-half years to deplete 10 stock-days’ excess – just to get back to what is normally considered full.

And throughout, the contango that paid to put oil in storage in the first place, pushing down spot prices, will persist for as long as there is idle stock on the water, too.  And if you’re not convinced, just consider the economics, and it is impossible to escape the necessary link between the two.

Every day, demand gobbles up the supply available, but is still short 1Mbbl.  Let’s say our marginal storage player (i.e. the last one to join the party, who paid the most to rent his supertanker) is paying $0.95 “rent” (monthly) and hedged forward at $1 contango (giving him the “free lunch” of 5c profit). Our buyer for that last 1Mbbl needs to pay up to a contango of $0.95 below where the storage player can buy back the forward hedge (so securing the same 5c profit) – because he has to make it worth the storage player’s while.  So, the contango narrows to entice material out of storage – and the market rises.

But every other storage player (of the remaining 499Mbbl still in storage) paying ~$0.95 charter rates is sniffing an opportunity to sell. Fundamental rule of the market: the market is not where the last buyer was; it’s where the next one is. And that’s the problem – there isn’t another buyer, at least not until tomorrow. The only potential buyer would have to be another storage player, whose economics would also only work if the contango pays his (same) cost of storage. The contango has to persist until “discretionary” storage is no longer needed. In reality, of course, over time, as the supply overhang erodes, the contango will ease, because the fleet of supertankers will have been chartered out at different rates, and the most expensive will sell out first – and the contango will reflect the rental rate of the marginal player still in the game.

Can we achieve a consistent excess of demand over supply? The closest we have ever come to a precedent was arguably after the Asian crisis in 1998 going into 1999, when we flirted with single digit oil and saw the first vision of an OPEC plus agreement when Russia, Norway and Mexico joined OPEC in cuts, which triggered a recovery that ultimately lasted for the best part of 10 years (There were similarities in the financial crisis in 2008, too, but arguably the mechanisms were not quite the same). Back then the excess of supply over demand going into the crisis was only a couple of million barrels a day and the cuts required to put things back on track were pretty modest. Economically the world was in recovery and demand very quickly played a solid role in drawing down what stock had been put into a modest number of supertankers.

Post COVID, the picture is not so rosy. There is a broad consensus that demand will, in the first instance, recover only slowly (although still probably within months rather than years) and a widely held doubt that it will ever return to pre-COVID levels as the lockdown experience will change behaviours around travel in particular, and energy use more widely. If we see a 5% decline on pre-COVID demand, we will need to cut supplies that same 5% or 6% – 5-6 million barrels/day. Whether that happens voluntarily through the guidance of OPEC or OPEC+, or by harsh economics, the oil prices will remain tethered to something akin to a marginal cost of production to deter extra barrels coming to the market.

It’s instructive to recognise that OPEC’s role here is not so much to protect price, as to protect and spread the pain of sustained low prices. Why? It is the distinction between being “swing” producer and “marginal” producer. OPEC may believe they can support prices by artificially (i.e. not economically) constraining supply, but if prices are too high to suppress independent production to a level where the supply imbalance we need cannot be sustained, the sheer weight of extra oil on top of oil stuck in storage will keep the market depressed. So OPEC’s role is effectively to share out the cuts, trying to keep everyone “alive”, rather than see the sub-marginal players killed off.

Where that marginal break-even price is that cuts supply to the point we need it, though, is a dark art to assess. We only have to look back to the US industry in the aftermath of the 2014 price collapse to see how companies swiftly recut their cloth to adapt to straitened circumstances; any individual company’s break-even is a moving feast. And the equation is likely to be distorted further by the impact of what has already happened to companies’ financial well-being, regardless of the prospects ahead. Add into the mix the effect of hedging portfolios allowing companies to continue producing (US in 2015-17 again!), when the prima facie activity is sub-economic, and pinning down a true “marginal” price becomes well-nigh impossible.

Speculative activity will also add its own influence, and can push a market where it “shouldn’t” be – and keep it there for some time! On the face of it, the fundamentals of the market in 2014 had been pointing towards the need to sell off months before the collapse actually began. But in the end the market couldn’t ignore the fundamentals. If speculators get ahead of themselves, that will happen again.

It will now take probably months for things to settle down – for lock-downs to be relaxed, and for us to find a new “normal”. Only then will we get a better picture of what post-COVID demand is going to look like, and just how severely we have to cut production to match. Only then will we be able to see just how much oil is stranded in “discretionary” storage and begin to see how long it is going to take to get the world stock position back on an even keel. Given the challenges, it’s not going to be quick.

Andy Hartree is a Senior Adviser at Gneiss Energy. 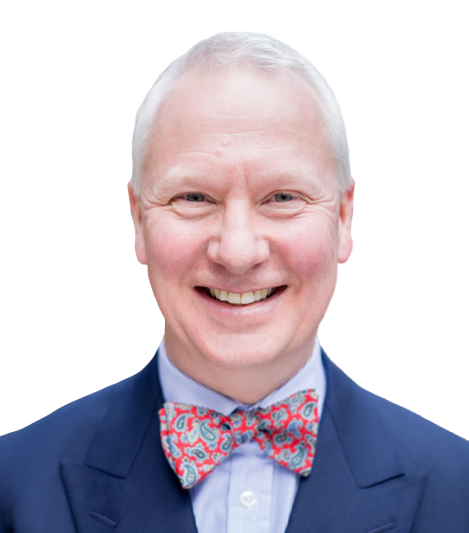