Earlier this year, the IEA and Imperial College published a report on the financial performance of fossil fuel and renewable energy stocks in various major markets. In the UK, the report identified 98 fossil fuel stocks and only 20 renewables stocks before limiting the analysis to the 26 fossil fuel and 11 renewables companies each with a market capitalisation of at least £200 million.

Given the current high level of investor interest in the energy transition, the range of London-listed cleantech and renewables opportunities is still very limited and does not reflect the mix or direction of travel predicted for the sector. With activity in the listed cleantech space on the rise, and additional companies likely to come to market, it is timely to review how the market developed to date and where it may go from here.

The first wave of listed cleantechs came to market in in the years prior to 2008 and were dominated by fuel cell technologies and alternative fuels – the subsidies which subsequently underpinned renewable energy generation projects such as wind and solar didn’t arrive until 2010.

Cleantech companies listing prior to 2008 included:

ITM Power and Ceres Power are rare examples amongst this cohort who have gone on to reach significant scale. Both are currently valued in the £1.5bn – £2.0bn range but only after a long period of share price underperformance (see chart below). Drax Group, the only other £1.0bn+ company in this category, originally started life as coal fired power station in 1967 before converting to biomass and independently listing in 2005. 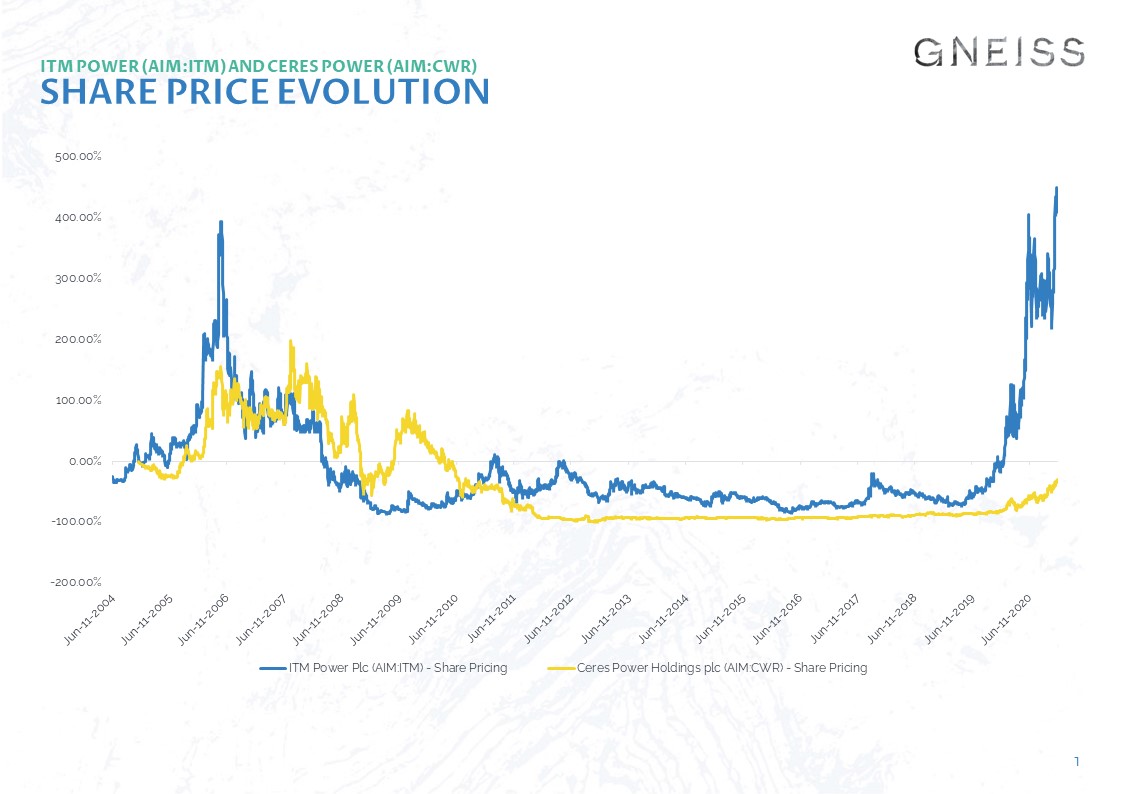 For the large part however, the cleantechs that went public prior to 2008 have experienced mixed financial performance and most remain in the sub-£100 million valuation category.

In the years following the financial crisis in 2008, newly listed cleantechs showed more focus on hardware and equipment across a range of technologies including Powerhouse Energy (hydrogen from plastics), EQTEC (waste to energy), SIMEC Atlantis (tidal power) and Verditek (solar panels).

Again, the share price performance of these companies was generally underwhelming until 2019/20, however, buoyed by investor demand and progress securing partnerships and deploying their technology, many are now seeing gains and some are testing new highs.

Heading for the exit

Not all companies survived on the market long enough to benefit from the recent upturn however. As a result of continuing share price underperformance, some companies left the market altogether including:

For example, Infinis Energy was taken private by Terra Firma in 2015 after its share price halved in the wake of falling energy prices and government subsidy cuts, and Singapore’s GIC supported the de-listing of Greenko Group in 2016. 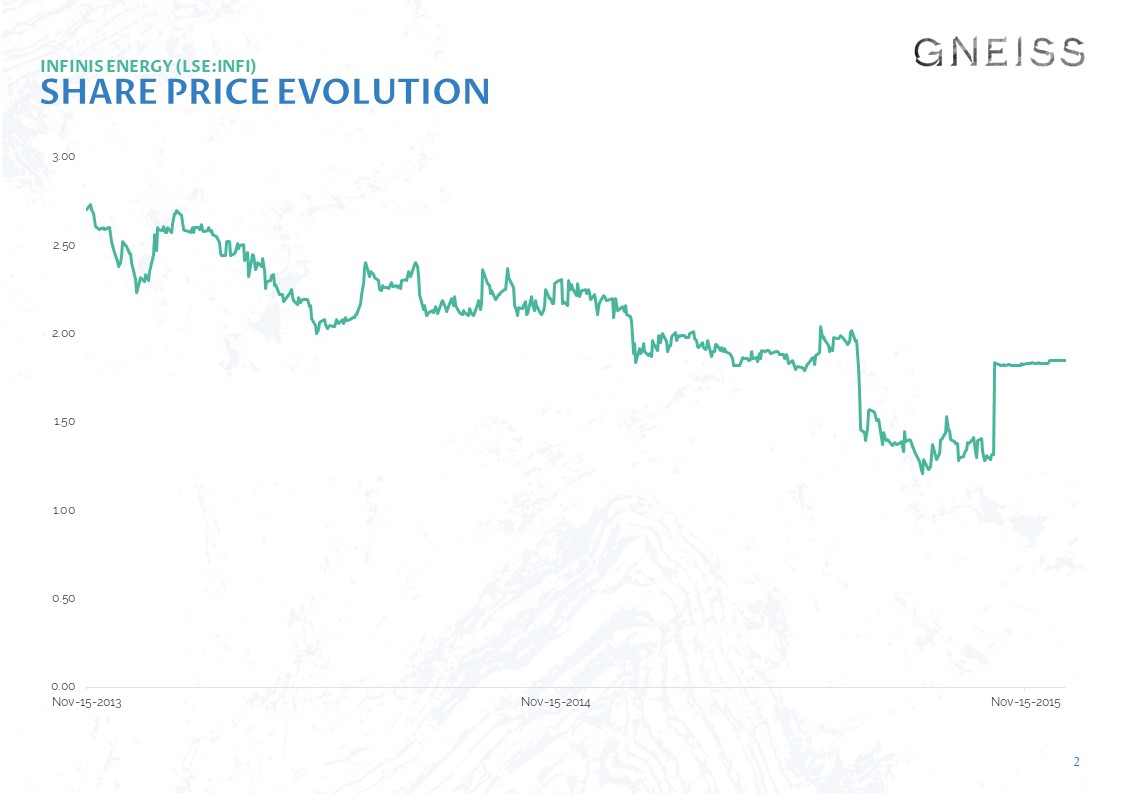 Enter the Yield Cos

With the introduction of subsidy regimes across Europe from 2010, a new wave of renewable energy generation projects underpinned by stable long-term revenues led to the establishment of renewable energy yield companies or ‘YieldCos’ in London. Targeting cash yields of 5-6%, the listed YieldCos were, and still are, attractive to investors seeking steady returns and investment liquidity and they have grown rapidly in recent years.

Of the 11 large renewable energy companies included in the IEA and Imperial College study, 8 were Yield Cos (the others being Drax, ITM and Ceres) and the current options available to investors include:

With the current demand for cleantech and renewables from both institutional and retail investors, the opportunity now exists for more companies in the sector to move to public markets and satisfy this demand. In addition, many of the incumbents have taken advantage of these conditions to raise additional capital including:

While mainstream renewable energy projects such as wind, solar and, more recently, storage are well covered by the YieldCos, new emerging technologies are still under-represented in public markets.  Some have been the subject of recent corporate transactions – e.g. Igas’s acquisitions of geothermal company, GT Energy, and hydrogen developer, BayoTech – but new standalone listings remain in short supply.

For example, while hydrogen is represented in the market by ITM Power, for a sub-sector expected to be central to the UK’s energy transition which is attracting significant interest from large energy players, investor demand is likely to support further new listings.

In waste and recycling, Powerhouse and EQTEC currently offer investors a route to participate in the circular economy but given the wide range of technologies being developed for specific waste streams, other opportunities should exist for investors to support the next generation of recycling innovation.

Finally, in carbon capture and storage, an area strongly supported by the UK government and fundamental to delivering the UK’s net zero target, public market investors are currently limited to indirect exposures through investment in large oil companies. That is understandable given CCS is still in its infancy and funding is currently provided largely by government and large corporates however, as the CCS market develops, independent companies are likely to emerge and will require capital to support the development of technology and infrastructure.

With a combination of growing investor demand and a wave of companies now approaching suitability for public markets, we expect to see increased listing activity in the cleantech and renewables market through 2021 and beyond. Gneiss Energy’s extensive listed company and Cleantech & Renewables experience means we are extremely well placed to advise both companies seeking to access the public markets and investors looking to create and deliver a green investment strategy. 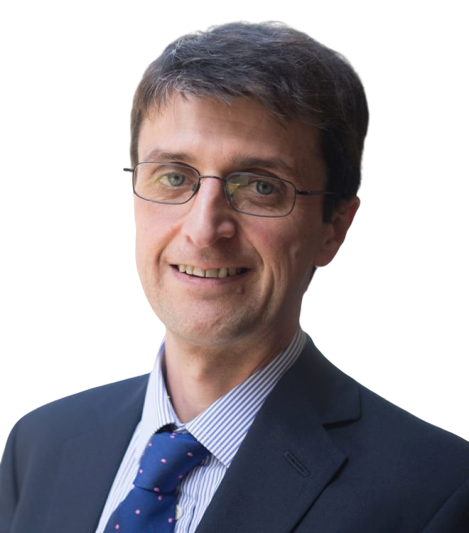